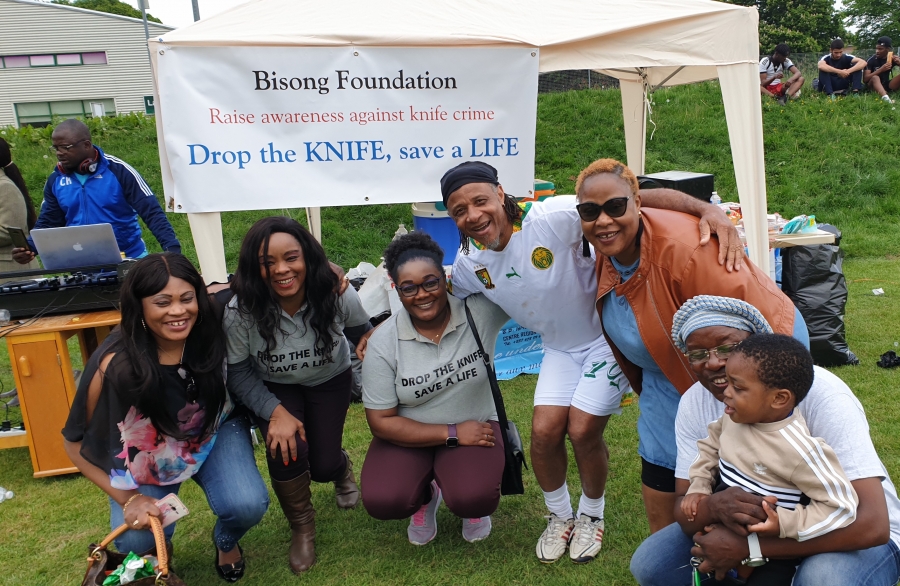 The event of the Bisong Foundation took place this year in London organised in partnership with the Veterans of the United Kingdom Association (VUKA).

Five teams actively participated in this event. VUKA FC, South Africa FC, Hackney Veterans, Depthford FC and FC Familia. The Cambridgeshire Police FC pulled out because some of their players were injured in a friendly game a week before the event.

The event stared at 10.30 am and ended at 18.20. It was agreed that all the five teams would play each other as we were unable to come up with 2 groups of three teams each after the Cambridgeshire Police FC withdrew. It was also agreed that the first two teams will play the finals. VUKA FC and South Africa FC eventually qualified for the finals which ended 1 – 0 to VUKA FC meaning that VUKA has won the trophy for the second year running.

Bringing the diverse communities in the United Kingdom together and promoting good health and wellbeing through sports has been the ultimate goal of Bisong Foundation.  In addition to that, the event this year in London was used as a platform to raise awareness of the ongoing knife crime that has been claiming the lives of many individuals in our community. Our aim is to use football as the world’s most popular sports to tackle this problem at its root, educate those most at risk and help them to protect themselves from being caught up in crime – either as victim or perpetrator. We strongly believe that education about knife crime is the key ingredients in moving towards a safer community.

THE LEGEND CYRILLE MAKANAKY IN LONDON:

Former Indomitable Lions and legend of African football Cyrille Makanaky, one of the heroes of the incredible Central African Wildcat at the 1990 World Cup in Italy and the Godfather of Bisong Foundation was on the banks of the Thames on this beautiful day. It was a great pleasure for the community in London to welcome this legend who also took part in all the games playing and captaining the VUKA FC. Young stars were thrilled to play with and against this amazing footballer who is still very capable of performing in a very high level. Cyrille Makanaky, the intrepid Indomitable Lion who, with Roger Milla et al had rewritten the history of football by hoisting Cameroon and Africa to a level previously unmatched, was presented to academy footballers at the Billingham Leisure Centre that hosted the event. “I can still remember the England vs Cameroon game at the 1992 World and this guy was my hero – this is a special day in my life” said one of the parents. Cyrille Makanaky took photographs with the children, their parents and coaches.

A fundraising gala night followed after the event where the former "midfielder maestro" Cyrille Makanaky was the guest of honour.