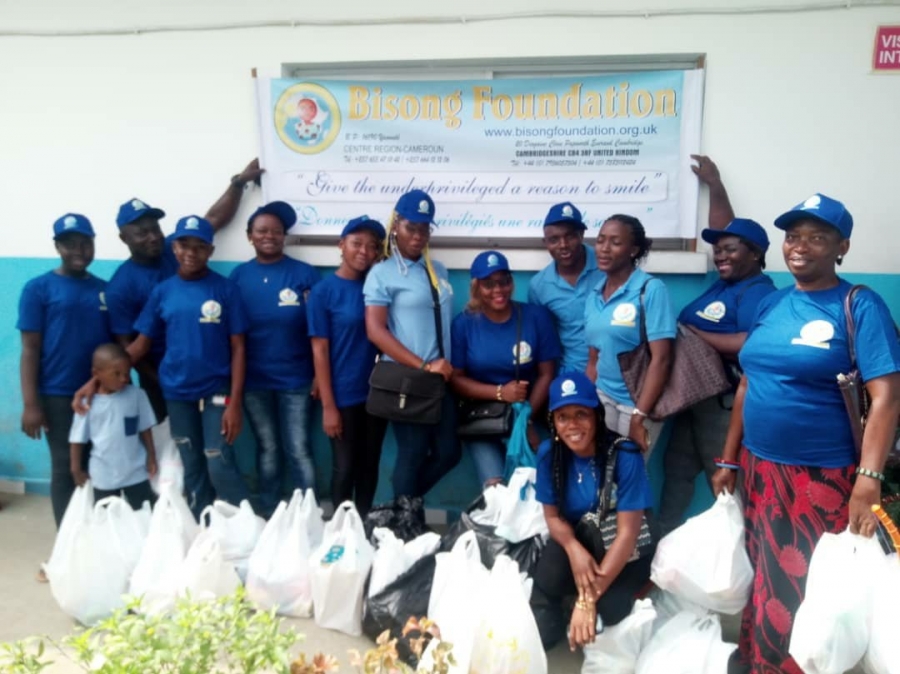 Some nursing mothers at the maternity and pediatrics units of the Deido District Hospital in Cameroon’s economic city, Douala smiled for the first time since their internment there after they received Christmas gifts from Bisong Foundation (BF), December 27, 2018.

We know Christmas past two days ago, but we know the Christmas mood is still on,” said Jean-Philippe Ntoukam, executive president of the foundation, representing the founding president Michael Bisong and his wife and co-founder, Hortense Manto Bisong, both resident in the UK. The BF delegation coordinated by its Littoral regional representative, Ferdinand Tsasse, distributed packs of gifts containing toys, laundry soaps, baby diapers and baby cleaners to babies or mothers (for newborns) in the maternity, pediatrics, neonatal, post-surgery and reanimation sections of the hospital. In a moving scene in the post-surgery room, one of two young mothers who had lost her baby at delivery was comforted by Ntoukam who gave her a gifts pack destined for her other son (not present) from a previous birth.

“Some of these women are smiling for the first time since they put to birth,” said a midwife guiding the BF members around the hospital wards. “You know the challenges of childbirth,” she explained, “especially for someone like the woman who lost her baby.”

A nursing mother in a maternity ward said the BF visit and gifts brought a feel of Christmas which they thought they had missed, being interned during the end of year feasting season. “See how happy my baby is,” said another mother as they posed smiling with a baby doll gift. “We are joyed by your coming,” said Ivan Espoir Same, general supervisor of the hospital. “We treat the body but where affection is lacking for patients who don’t have loved ones and feel abandoned at these end of year feasting periods, your visit has brought comfort to them. Thank you for coming.”

The director of the hospital later joined Bisong Foundation for a photo.

Only days before, on December 23, BF’s West regional representative, Koussock Fidel, led its members to present Christmas gifts to orphans at the Babete St Benoit Orphanage near Mbouda.