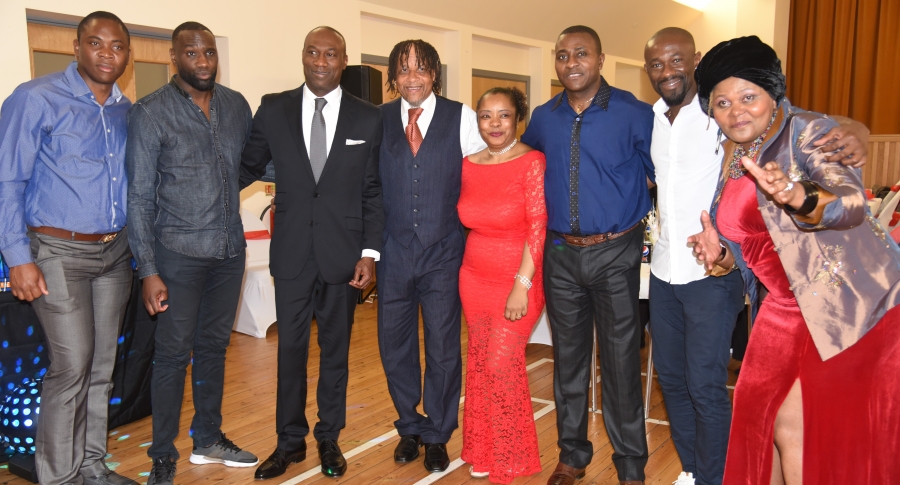 This report exist to offer donors, readers, and anyone who is interested a transparent view of our fundraising gala night, successes, and plans for the future.

Rationale for the event: The purpose of the event was to raise money for the Good Samaritan orphanage in Babete in Cameroon. Every year Bisong Foundation fundraises in order to offer scholarships to the orphans. The orphanage host 22 orphans. Seventeen of the orphans are in primary and nursery schools and one of them in secondary school. Bisong Foundation had paid school fees for all 18 school-going orphans in the 2017 - 20018 academic year and provided them with new brand uniforms and all school equipments. Bisong Foundation aim to offer scholarships to these orphans in every academic year. It takes a lot of moral and financial support in order to offer scholarships to these orphans and fund-raising is a great way to achieve this. Every little bit helps. Some of the orphans were abandoned by mentally ill parents and some them have no parents. The trustees of Bisong Foundation took on a daunting task of making this event the best it could be. Earlier on the day Bisong Foundation had organised a charity football match against the Cambridgeshire Police FC and had invited Former Indomitable Lions of Cameroon and legends of African football to take part in the football match. Some of these players played in World Cup 1990 against England. They were also guest appearances at the gala night. £130 was raised and donated to Bisong Foundation by the Cambridgeshire Police FC after the game. The gala night was a spectacular evening held at the Papworth Everad Village Hall and it was a night of delicious food, drinks, networking, raffle, meeting elite footballers, dancing from live performance from special guest artist Sir Tata Kinge and also from special collection from popular known DJ Amour Scolaire, and most importantly fun. Having such a deserving orphans to be the recipients of whatever we could raise for them, made people more interested in donating money towards our cause, and donating their time. Some of the items used for the raffle was donated by Jimmy’s Homeless - Cambridge.

Event Budget: The initial budget for the event was £3000. However, we ended up spending £4.115 more than our initial budget. This was a result of the venue, food, drinks, decorations, printing the tickets as well as paying for travel expenses for Former Indomitable Lions of Cameroon including accommodation and feeding and also paying for guest artist, video, photos and DJ. Tickets sales brought in a total of £2.500, this was lower than the estimate of £5.000. That was because all tickets were not sold as anticipated. Raffle sales brought in £179, Hampers sales brought in £180 and cutting of the cake brought in £2800 and £490 as pledges. We spent a total of £4.115. We made a profit of £1.374 The event, overall, was a complete success. We had a great crowed of people from the United Kingdom and abroad.

The organising committee did an amazing job as everyone at the event enjoyed themselves. The food was delicious, the live performance from Sir Tata Kinge was entertaining and the Village Hall looked incredible. Everyone worked really hard to make the event successful. The only flaws was that we were not able to sell all our tickets which would have generated more funds.

By doing two events, we did gain more understanding of what it takes to put on these events. We found the time constraints to limit what could have been accomplished.